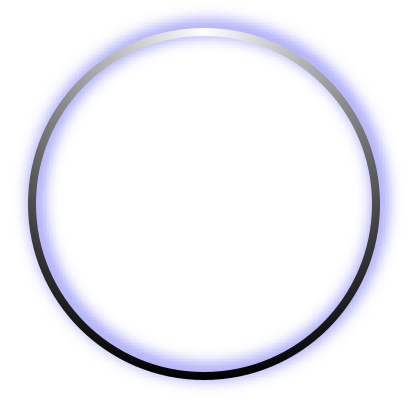 The Internet nowadays is turning into a dull and evil world.

Today, internet Apps are inseparable from our lives. We use Facebook to connect with others, Uber to get a ride, Youtube to see the world, Zoom to have conferences... We are highly dependent on the conveniences they brought but also have become their slaves. At the same time, the companies that operate these Apps have become the leaders of today’s world.

What are the consequences? We are being controlled. This controlling power is so strong that they can steal our privacy anytime and anywhere for huge profits, and get away with it using the power of capital.

They can ban our accounts at will and restrict our use without any reason. There are countless cases like this occurring everyday all over the world. Even github.com, the fairyland of open-source projects and the most equal, free and open platform in the IT field, has blocked a lot of people’s accounts.

They can steal our data and spy on us as if we are totally transparent. And this horrible 24/7 surveillance never stops. If they are working with a vicious government, that would be so much worse than any secret police in history;

And rarely has any of them compensated programmers who produce open-source software which are embedded in their products. Even a “Thank You” from them has now become a signature of charity;

With the most brilliant talents and numerous smartest brains working for their most advanced big data algorithms, they know everything about us, even better than ourselves. Our finance, family, location, even character defects, are all accessible to them. They are reaping benefits by taking advantage of our weaknesses;

This is not the worst scenario. They are expanding territory with capital, so greedy for more control. Not long ago, Facebook announced to be known as Meta, trying to bring the Metaverse into life. Other giants are closely following its steps by entering the game. What is Metaverse? That is a virtual environment in parallel to the real world. They want to put us into that digital world so that our life, everything, including our body and spirit, would be completely manipulated by them.

The idea from which the Internet grows up is to create a free and equal world. We have to break their domination and rebuild a free internet. However, one question is, what shoud a free internet service be like?

It is clear that the target of free software was to destroy giants’ monopoly and control over users. What it has achieved is brilliant. It gave birth to a series of agreements such as GPL, Copyleft, etc., and many great open source software such as Linux system, GCC, GDB, MySQL, PHP, etc., breaking the monopoly of software technology by software giants at that time, allowing everyone to have the freedom to use sofware and driving the explosion of the entire industry. Turbocharged Internet giants today are, in fact, benefiting from free software too. Today's Internet giants are also flourishing thanks to the help of free software.

But now, new evils are sprouting out of the Free Software Movement. This new generation of Internet giants, once beneficiaries of the Movement, have morphed into dragons, pulling strings and imposing controls over us once again. This is not the problem with free software for it still remains the right direction. This is about the fundamental difference between internet service and software that makes free software’s weapons are useless to be used in internet service.

Difference between internet service and software

To figure out this issue, we first need to know how free software works. The key weapon of free software is to make software open-sourced. When users use free software, they first copy a copy of the code to their own computer, then compile and run. Since source codes are open to everyone, all functionalities are thereby transparent. There is no dirty trick because developers can’t leave a backdoor to upload user data secretly.

With the development of the Internet, we are now using internet services instead of traditional software, which is operated completely differently. The most important difference is that Internet services are not used by copying the code to the user's own computer and run. Internet service only runs on the servers of the Internet company and users just call the service.This lead to two severe consequences.
1. All user information and data belong to the service provider.
2. Services are not open-sourced even though they have codes borrowed from free software
becuase this is not against the GPL license since they does not sell copy.

Data abuse is easy to understand. There are two types of data that we generate on the Internet. One is the data generated when using, such as our chat records, shopping records, etc.; the other is the data they secretly obtain in the background, such as our local photo albums, voice call information, map location data, contacts, etc. For the first type of data, its ownership should belong to the user, but the current ownership defaults to the service operators; for the second type of data, the services should have no right to obtain it by default, but in fact they have been using various reasons to obtain it. while we can only accept it.

Algorithm hegemony is based on non-transparent services. They can unilaterally modify the code, delete data and hide the real algorithm. Through algorithmic hegemony, the platform has absolute power, while the true producers for the Internet, users and engineers, can do nothing but subordinate to oppression. This is how values of the Internet are totally monopolized.

Free software should give users four essential  freedoms in What is Free Software on GNU:

We inherited the idea of free software and list three essential freedoms a free internet service should provide:

Here are some explanations:

The freedom to develop and publish Internet services. (freedom 0).

The freedom to  fully use internet services.  The fully control over the internet  service and fully access to the source code is a precondition to this. (freedom 1).

The freedom to use internet services include: 1. Users have the freedom to deploy Internet services and access all functionalities without being banned and prevented. 2. Users need to make sure that they know everything about the services they use thus program must be open-sourced, as free software does. Considering the difference in operation models between internet services and software, freedom to use internet gives should emphasize the full control over the services for user only need the part in his hand to run the whole serivce and the code cannot be changed without user's persmission. Finally, data generated from users shall belong to users themselves, not to service providers. Without permits, this data can’t be exploited.

The freedom to change the Internet service publish your own version as you wish, while other users have the freedom to choose whether to accept the version accroding to Freedom1(freedom 2).

Users have the right to modify service codes and release their own version, which is the same as in free software. However, since services need to have interaction with other users, one can’t interfere in others’ freedom to run services according to Freedom 1. As a result, when someone publish a new version of a service, other people have two options: 1. To continue to have interaction with this new version; 2. To update the original version to this version. From this we can see that the whether to upgrade the services in a free internet is a choice to be made by users themselves, not by service operators as today.

This resembles Forks in Public Blockchain. When a community proposes an updating plan, every node in the network can freely decide whether to follow it or not. No consensus leads to a Fork where every node can choose its own version instead of imposing a unified updated version on everyone.

The Future of a Free Internet

In our view, a Free Internet will be totally different from today:

1. A Free Internet will improve relations of production and totally transform business modes on the Internet, unleashing producers’ enthusiasm. Producers will have their own assets, not just NFT. For example, the virtual store you are operating belongs to you and shall exist forever, just like your own house. Private ownership that can’t be realized in today’s cyberspace will become a reality in a free virtual world. With private property, one has more confidence in his life because individual values will receive the utmost respect and productivity will be fully unleashed. We will have more innovations at that time.

2. An era for individual developers will take shape. A Free Internet will lower the threshold for developing online services and the Internet no longer is a privilege for the few, but a game that everyone can have a shot. Whether one person or a small group, anyone can develop Internet products for millions of potential users.

3. Users will become master. Developers will program for the community and conventional VC will be out of date. In a free internet, individual values of users will be fully respected, whether for data profits or the right to govern and distribute interests by token. Developers can be backed by the community to start projects without conventional VC. This is breaking the yoke. In this democratic development model where whether a service shall be updated or not is up to the community, people are the true master of the Internet.

the Free Internet will make the virtual world better, which is quite worth of our expectation and efforts. However, such a promising future will not come if only a few are in the battle. All believers need to work together.

If you are an enthusiastic developer who hopes to change the world, welcome to the infrustructure development for the free internet for it will remain a day dream without breakthroughs of infrustructure technologies. Or you are a person who hate the monopoly of giants, but because you have no choice, you can only join the Internet giants to work, serve them, and become a vassal of "evil forces" and you urgently need a chance for soul redemption, then here is also very suitable for you;

If you agree to the idea of a Free Internet and have resources, your financial or material contributions to a free world are most welcome. The Free Internet Foundation is operated in the form of DAO which praises fairness and openness, giving 100% power to the community.

If we share a similar ideology and are striving for a better cyberspace, we might be allies by working together and supporting each other regardless of different approaches. Only by cooperation and being united, can we become a greater force;

If you are a content creator, an artist, or a user who have been suffering from infringement, invasion of privacy or loss of contents, or, if you also believe in a free virtual world, you can do your share by helping more people to know our idea, spreading words of a Free Internet throughout the world. It needs to be driven by consensus which can only be reached when messages are spread and projects promoted. We have to make our efforts to make a better internet for our own sake.

The future is comming though what we have now is far from perfect. Pessimists are always right but optimists are usually winners. As the quotation says, all it takes is a mustard seed. The future of free internet is bright  if we belive in this and fight together.

Free internet belongs to community, The Free Internet Manifeso also needs to be decided by community.